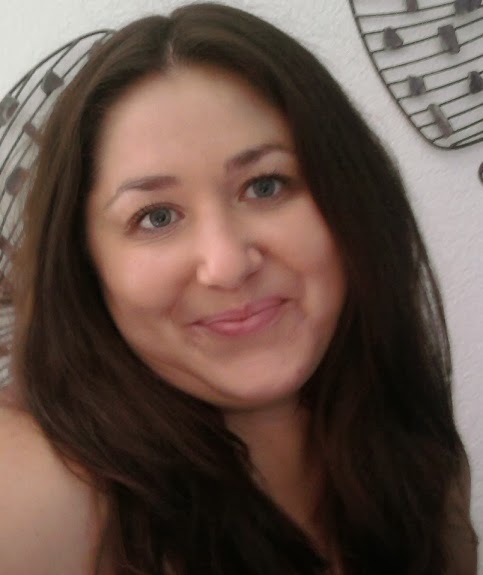 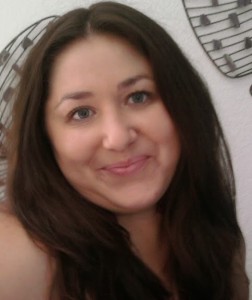 Hi Aneta!  Can you tell us a little bit about yourself?
Hmmm. Let’s see. I’m not sure you’ll find me very interesting. J I’m just an ordinary person who loves to read and tell stories. I do see a ghost here and there, love chocolate, tea, good coffee. As far as my personal life goes, I’m half Czech, half Hungarian, married, have two children (one of them hates to read—can you believe that? I must not have passed my genes correctly, lol), one dog. I’ve earned a BA in English Literature and MFA in Creative Writing (Fiction); I speak 3 languages, and get these unexplainable, odd glimpses into the future. Kidding—I speak 6 languages, though I’m getting rusty in two of them.
WOW!  That is a very interesting background.  I can’t even learn one language.  But I’m working on it.  Is there any particular author or book that influenced you in any way either growing up or as an adult?
Oh, yes, absolutely. It is a collection of ballads called Kytice by a Czech author, K. J. Erben. I first read it when I was about ten. I haven’t been the same since. Erben’s vivid, haunting images tell tales of mystery, fright, intrigue. They make your blood curdle as he portrays monsters, human fears, passions, and motives. And he does it all the while rhyming! This book has inspired so much of my writing. While I was in college I completely fell for E. A. Poe. That man was a literary genius. Now that I think about it, Erben and Poe have a lot in common.
I loved E. A. Poe as well.  What are you reading?
At the moment I’m finishing up a Czech book by Petr Šabach which, in loose translation, would be called How to Drown Australia. Of course, it has nothing to do with Australia. J
What do you do when you’re not writing?
I know it’s a cliché answer, but I think of writing. Or at least I think of the story playing out in my head. Or I’m reading. I’m always reading something. If I don’t read, I feel like I can’t breathe.
You know I get it.  Writing is always in my thoughts.  When did you first start writing and when did you finish your first book?
I started writing when I was very young. First it was simple poems that slowly progressed into stories. I wrote my first serious story on a typewriter when I was in high school. It was called “The Wheel of Terror” and told the tale of four high school boys who hung out at a crumbling fair on the outskirts of Boston. There, they fixed up a broken Ferris Wheel, and died while taking their first ride on it because it spun too fast. This one was heavily influenced by Stephen King. I showed it to a man who liked it so much, he wanted to make copies of it for his reading group. I was so excited by the prospects of some form of success that I immediately agreed. I never saw the story or the man again. Luckily now I write on a lap top that saves my work, so I never have to worry about losing an original. My first book was finished five years ago.
Where do you get your ideas?
There is no one particular place or time of day. Ideas just come to me, like a movie, playing out in my mind within a split second in which I can clearly see my characters, the plot, the settings…it’s quite weird, actually.
Me too.  So I know exactly where you’re coming from.  Are you a pantser?  Or do you outline?
I guess it depends on what I’m writing. When I write a novel, I do an outline only because I don’t want to forget anything. It’s not really an outline, more like a synopsis at which I suck and which is useless in the end as characters jump into my head halfway through the novel and demand being in certain scenes or adding new ones. When I write poetry and short stories, I’m a pantser. They just pour out of me. For one especially “pantser” short story I won a Literary Fiction Award. So I guess being a pantser has paid off. In the amount of $500, needless to say. J
Congrats!!!  That’s awesome.  Can you tell us the challenges in getting your first book published?
I think finding a publishing house that would believe in you and your story as much as you do. It’s been a constant WHY? with my latest release. Every website, every book tells authors to look for a literary agent. I grew a rhino’s hide doing that. I received numerous rejection letters, countless requests for partials and fulls. More rejection letters, saying my project sounds great, would surely sell, but yadda yadda yadda. So why won’t you take it then if it sounds great and would sell, I would ask. We’ve got a full load of authors; we’ve decided we can’t take on someone unknown…So why would you request to see my manuscript, giving me false hope and wasting my time, I would ask again. To this there was no answer. Finally, Terrie Wolf, from AKA Literary, has taken her time to answer my WHYs and said it would be better and easier for a first time author to query small publishing houses directly. So I did, and within two weeks, Lauri Wellington from Black Opal Books offered a publishing contract.

Another awesome!  Tell us about your novel.
Heartbreak Hotel tells a story about a young hotel clerk, Kara, whose desire is to find her true love. Kind of a fairytale wish, right? Well, to add to that, the protagonist reads about a myth in which true love can be attained should a couple kiss in the middle of the Charles Bridge. Kara is determined to do just that and her determination will take her on a series of very interesting dates.
How did you come up with the title?
That came naturally, as Kara goes through quite a few heartbreaks which take place in the hotel where she works.
Who designed the cover?
My friend and a very talented artist, Kelley Byrd, whom I met in one of my undergrad English classes. We remained friends ever since, and I’m proud to say Kelley is one of my biggest fans and I can always count on her for artistic or any other advice.
What was the hardest part of writing your book?
Making Kara not look like a slut. Yes, I said it; I said a bad word. L While she goes on multiple dates with multiple men, I wanted her to be fragile yet focused on what she really wants and not come across as someone who’s just hooking up for one night-stands. According to the reviews I’ve read, it seems as though I’ve pulled it off. Whew.
If you had it to do all over again, would you change anything about your latest book?
I wouldn’t. Alea iacta est. The dice have been cast. Or in my case: The story has been written.
What project are you working on now?
Right now I’m focusing on a MG/YA novel about a girl named Story. I haven’t written a single line yet, well except for the plotline ideas, but I’ve made some drawings, maps, character description, etc. Right now I need some more time to live in Story’s world. I can already see it all, I just need to stop procrastinating and sit down and write.
Any new books coming out?
Yes. I signed a contract with Black Opal Books to publish my MFA Thesis novel, The Guardian. It’s about monstrosity….ooh, spooky J Here’s a little blurb:
Dr. Josef Stein was trained as a man of science and rationality, but after a tragic experience, he believes that there is something within—or even without—the human body science cannot explain. And Stein would do anything to witness it! When his patients begin seeing a ghost, and a woman suspected of killing her child even accuses this spirit of the crime, Stein takes it upon himself to investigate. Unexpectedly, evidence of a supernatural phenomenon starts to mount. The good doctor’s quest to see is ignited with fervor. He thinks that he is on the verge of uncovering the veracity of a thousand year old myth when his research gets interrupted by the Gestapo. Stein turns to his colleagues and friends for help, but they begin to suspect that the doctor’s determination may have unhinged his mind. Has Stein, after years of treating the crazy, gone mad himself?
Oh my.  That sounds great!!!!  Do you have any advice to give to aspiring writers?
First and foremost: never give up on your dream. And dream big.
Read every day to expand the limits of your imagination. Write when the inspiration hits you, even if it is at two in the morning. Or at least jot down your idea because, trust me, our brains are made to forget. Learn about the craft. It’s a beautiful thing and there’s way more to it than just narrating a story.
Rapid Fire Questions:
Favorite Song?
The Trial by Pink Floyd
Favorite Movie?
The Others
Favorite Season?
Fall
Favorite Food?
Hmmm. I’ll eat pretty much anything, but I guess it would be potatoes since they are so versatile.
Favorite Quote?
“Be yourself; everyone else is already taken.” Oscar Wilde
Any parting words?
Chase your dreams. They are the key to your identity. All you have to do is unlock the door.

Aneta is giving away 3 signed copies of a Muse-me[a]nt on September 30, 2013.  To enter the drawing, all you need to do is like her Facebook Author Page here.
You can also find her at www.anetacruz.com or www.conundrumcornerblogspot.com.
And if you haven’t picked up her novel, you can buy Heartbreak Hotel here:
Black Opal Books
Amazon
Barnes and Noble
Thanks for stopping by Aneta!!!  It’s been a pleasure!