Until I’m Yours Cover Reveal & Giveaway 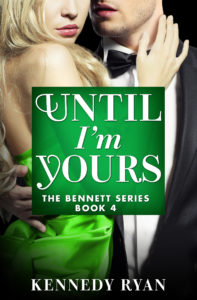 (Scroll to the bottom for Giveaway!!!)

The official synopsis for UNTIL I’M YOURS is coming soon! What can we tell you now? This fourth installment of the Amazon Bestselling Bennett series follows the story of Sofie Baston, a woman who has always traded on her looks and status. She finally meets a man who wants more, but she’s not sure there is any more to her than meets the eye. Trevor Bishop is the saint to Sofie’s sinner, and for the first time in her life, she wonders if she’s good enough. Scandal breathes new life into a past she hoped was long dead, threatening the things she never knew she wanted, but now can’t imagine life without. 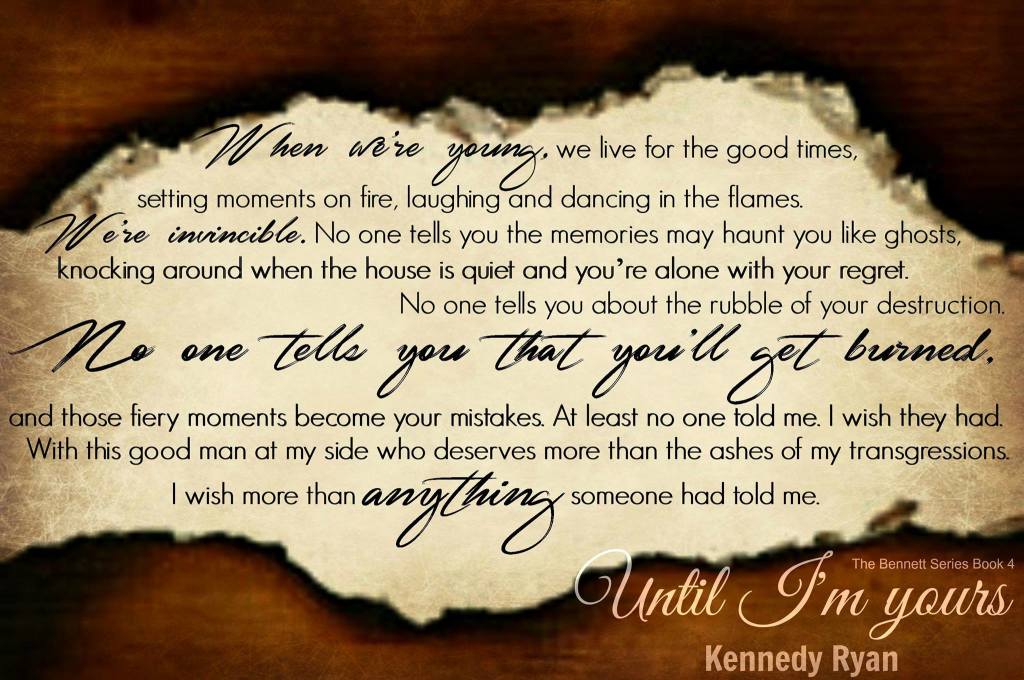 Previous Books in the Bennett Series

When You Are Mine

a Rafflecopter giveaway
About Kennedy Ryan 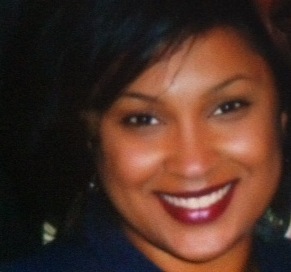 I just can’t write about myself in the third person for one more bio! I’m a wife, a mom, a writer, an advocate for families with autism. That’s me in a nutshell. Crack the nut, and you’ll find a Southern girl who loves pizza and Diet Coke, and wishes she got to watch a lot more television. You can usually catch me up too late, on social media too much, or FINALLY putting a dent in my ever-growing to be read list!