THE FORBIDDEN MAN IS HERE!!!

The Forbidden Man is LIVE! And I’m SO excited. It has been quite the journey with this characters. And there were times when I thought it would never come together, but I’m so glad it did!

We’re kicking off the release with a Release Week Blitz. I’ve been to so many wonderful blogs talking about this story. And I’m so grateful!

I hope you’ll give the book a try! Let me know what you think! 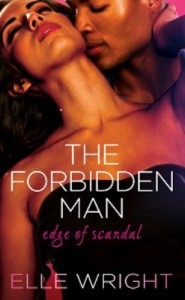